Modern roads are modern marvels. Thousands of years ago, the Roman Empire established itself as perhaps the most advanced civilization up to that point, and roads played a vital road. Yet even these roads are nothing compared to modern roadways and asphalt paving.

Asphalt is a generally affordable and durable material.

It’s also relatively easy to lay down and pave with. The asphalt paver is a very flexible piece of machinery, allowing the paver to account for slopes, different depths, and more.

So how does the asphalt paver operate? First, the paving company needs to get Hot Mix Asphalt (HMA) together. This is a mix of roughly 95% stone and gravel with about 5% asphalt bonding materials. The materials are then loaded into a hopper.

Next, the HMA is laid over the road and compacted. The asphalt paver typically distributes the HMA but then a separate piece of machinery, a roller, is used to compress it.

Ultimately, asphalt paving is a pretty quick process. It took the Roman Empire many years to build their crude roads. These days, vast roads can be laid down in a matter of months or weeks, which helps control costs while ensuring great outcomes. 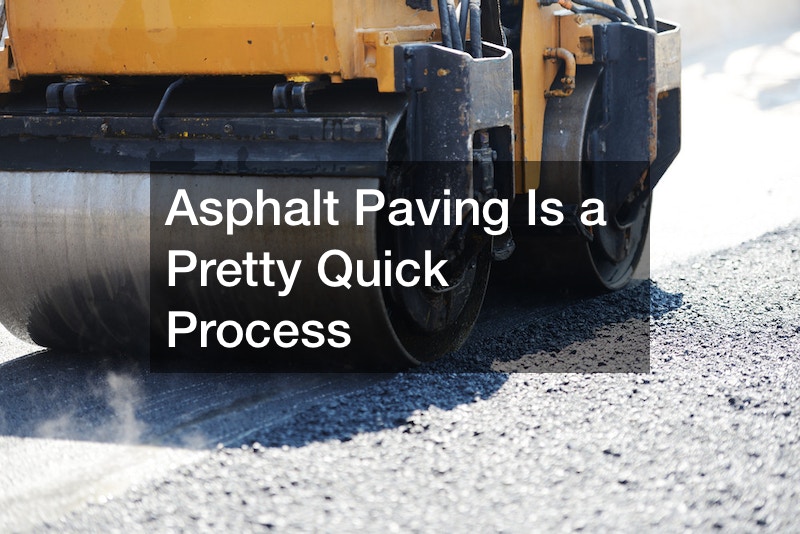